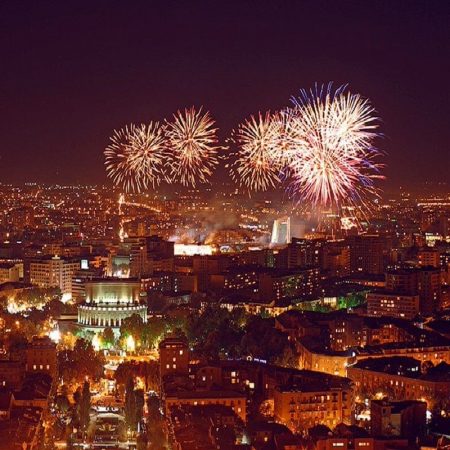 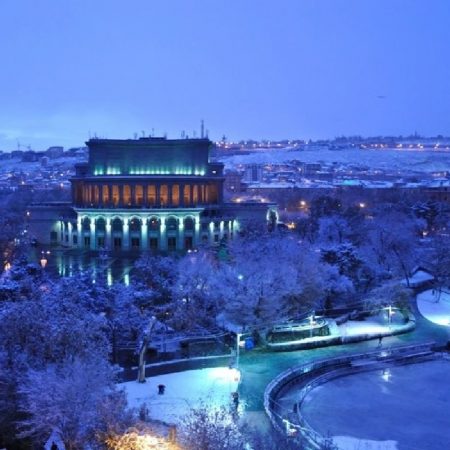 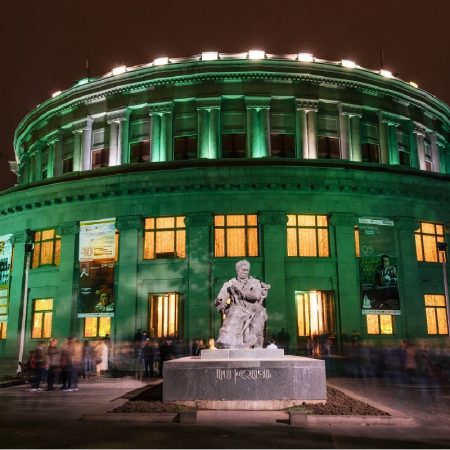 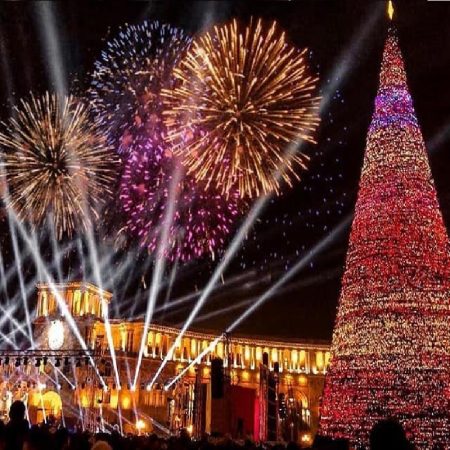 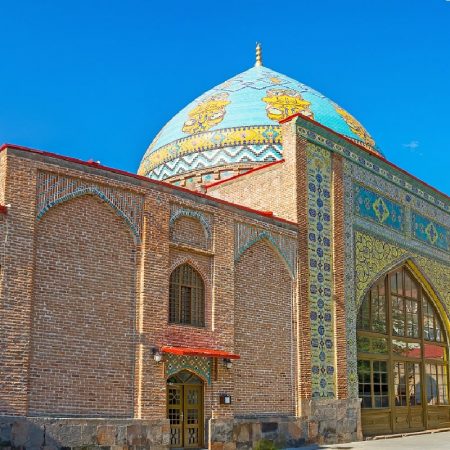 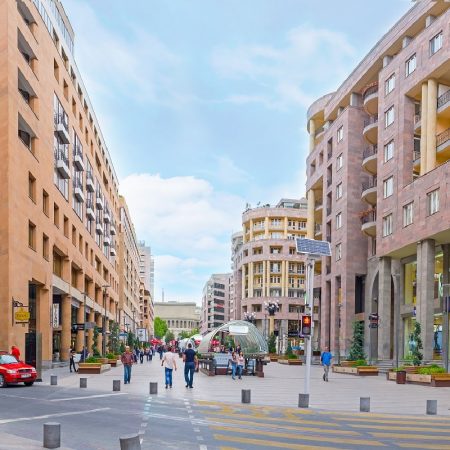 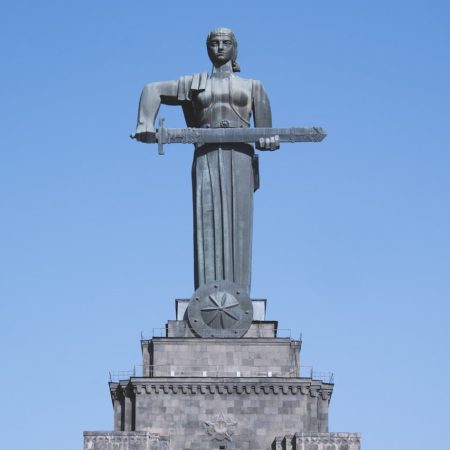 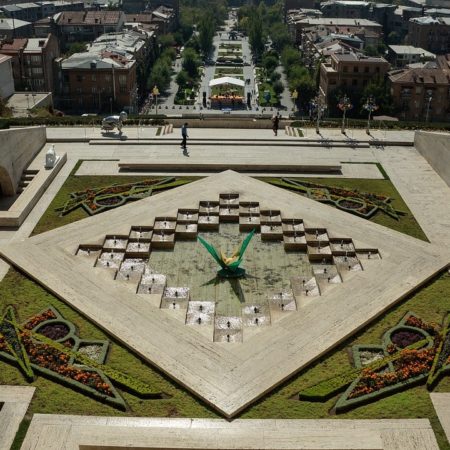 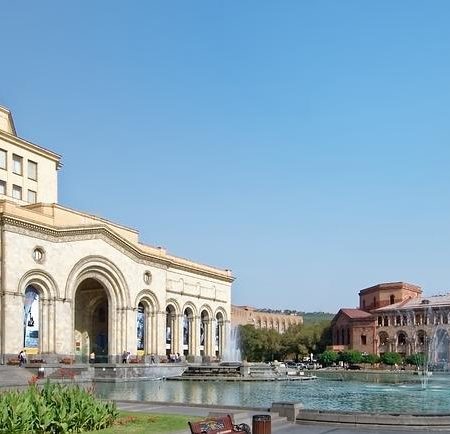 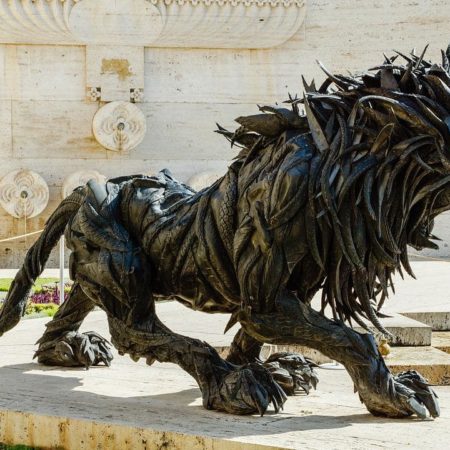 Here is a deal of a festive group tour in Armenia for those who want to explore the beauty of Armenia Capital Yerevan in New Year period with it’s holiday decoration and Christmas mood. When you step into the locations, we have picked for you, a smile will appear on your face. Check out the places you can visit with the following reading.

The tour will first take you along Baghramyan Avenue, showing the House of National Assembly. Driving across the legendary Armenian brandy factories “Ararat” and “Noy”, you will proceed your way to the “Blue Mosque”. Blue or as it is also called “Heavenly Mosque” is the only active mosque in Armenia and is considered to be the symbol of respect and tolerance towards the other religions and minorities.

You will also visit Cascade Complex, which is commonly called “a stairway to heaven”.  Cascade is one of the symbols of Yerevan and one of the key surroundings of the city. Being a favorite place for the locals, the complex appeals its guests with a variety of sculptures authored by famous artists of modern art from all over the world.

Then the tour will take you to the “Victory Park”, where you can see the monument of “Mother Armenia” towering up the city. This monument embodies the victory and courage of Armenian nation during the World War II.

Continuing the tour along Teryan and Abovyan streets, named after great Armenian writers, you will reach to one of the oldest churches in Yerevan – St. Katoghike (built in 1264).

From the Republic Square, which is the last stop of the tour, there will be a walking tour to the building of Armenian National Academic Theatre of Opera and Ballet through the Northern Avenue.

The tour will come to its end in one of the centrally located restaurants with traditional Armenian dinner accompanied by music program.

There are no reviews yet.

Be the first to review “Festive Tour” Cancel reply 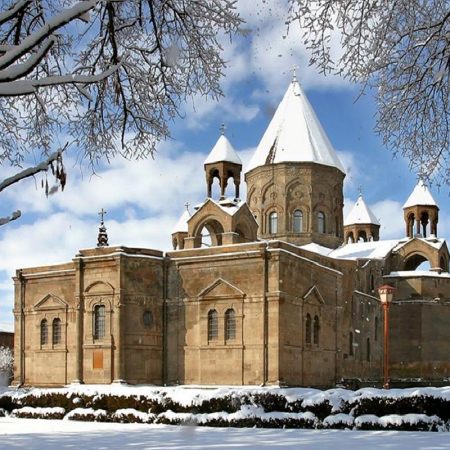 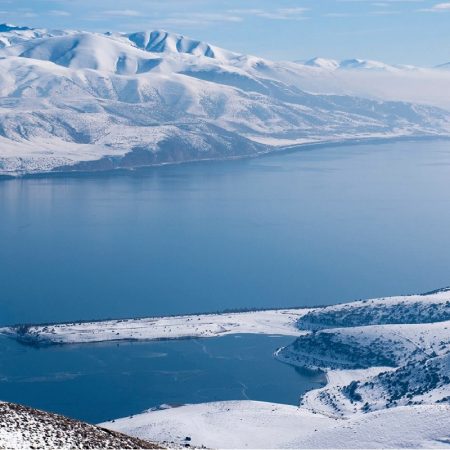 The Natural Beauty of Mountainous Armenia 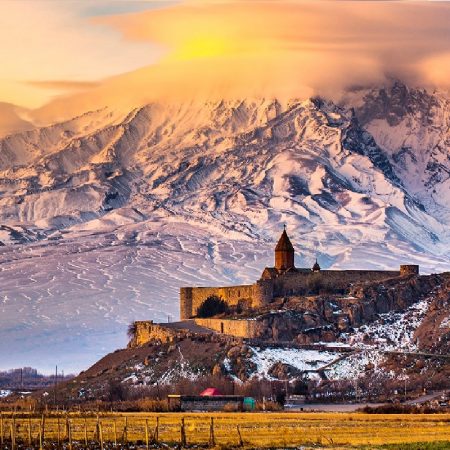 All Antiques In One Day